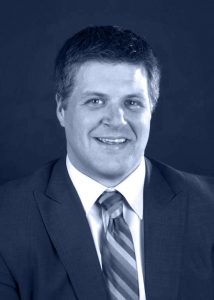 Greg Doiron joined EORLA in January 2012, and was appointed Acting Vice President of Operations in February 2013.
Greg is a fluently bilingual, dynamic senior health care administrator who is recognized by peers and colleagues for his success through collaborative leadership.

Within EORLA, Greg has seen success as the Operations Director of the Regional Reference Laboratories. Working together with a staff of more than 600 spread over four sites, his team delivered more than seven million tests annually, providing high quality, efficient laboratory services to patients throughout the Champlain LHIN.

Prior to joining EORLA, Greg was the Clinical Director, Regional Cancer Program at The Ottawa Hospital where, with an annual operating budget of $96 million and working with a multidisciplinary team of approximately 900 employees and physicians, he lead the development and implementation of several new and innovative Oncology programs and initiatives for patients across the Champlain LHIN. He successfully balanced the budget year-over-year and was able to identify surpluses of more than $4 million through improved efficiencies and initiatives.

Greg has also seen success in his roles at The Ottawa Hospital as both the Director of Medical Affairs and as the Executive Director at TOHAMO where he was responsible for bridging the work between the University of Ottawa, The Ottawa Hospital and Ministry of Health and Long-Term Care in the development of a new funding model for physicians at TOH. His experience as the Chief of Staff to Senator Dr. Wilbur Keon, allowed him to develop a thorough understanding of the health policies that are shaping the industry.

Greg is the recipient of the Robert Wood Johnson Award, a national honour that recognizes top MHA graduates who demonstrate outstanding potential as a future leader in the field of Health Services Administration. He holds a Bachelor of Social Sciences (major in Political Science and a minor in Economics) and a Masters of Health Administration, both from the University of Ottawa.